‘The greenest building is the one that already exists’ – by Robert Adam, Architects’ Journal

Robert Adam looks at recent studies and publications that make the case for reusing and upgrading existing buildings, rather than demolishing and replacing.

As Will Hurst’s opening article in the AJ’s RetroFirst campaign confirms, building replacement entails high energy-consumption. As there are so many variables involved in a decision to demolish, including the embodied energy of what is demolished and the energy consumed in construction, there are no universal comparative metrics.

But the replacement of a large building every 30 years or so must entail considerably more energy than maintaining a building that lasts for centuries. As this complex aspect of embodied energy is not easily computable, it often escapes consideration.

Carl Elefante, former president of the American Institute of Architects, said: ‘The greenest building is the one that already exists’. A report by the US National Trust for Historic Preservation in 2016 found, through a series of case studies, that ‘it takes between 10 and 80 years for a new building that is 30 per cent more efficient than an average-performing existing building to overcome, through efficient operations, the negative climate change impacts related to the construction process’.

The report concluded that ‘reusing an existing building and upgrading it to be as efficient as possible is almost always the best choice regardless of building type and climate’.

But functions and circumstances do change and, to balance this with the benefits of longevity, a more sophisticated understanding of the different paces of change in buildings is necessary.

Frank Duffy, a partner at DEGW, developed a time-based analysis of the various components of buildings. He divided a building up into seven elements, ranging from Site to Fittings. The idea was taken up by his friend Stewart Brand in his 1994 book How Buildings Learn and simplified to six elements: Site, Structure, Skin, Services, Space-Plan, and Stuff.

Brand accuses architects of being in the fashion game and that this is ‘deadly for building users’, with the result that ‘time becomes a problem for buildings. Fashion can only advance by punishing the no-longer-fashionable.’

Making parallels with the complex eco-systems of the ecologist Robert V O’Neill, Brand believes that ‘slow is healthy’ and that, while ‘quick processes provide originality and challenge, the slow provide continuity and constraint’. He insists that designers ‘should study the present the way historians study the past – diachronically, in terms of change over time’.

If we accept Duffy and Brand’s analysis that the rate of change makes some things more important than others, architects should not only pay more attention to the longer-lasting parts of a building, but should also seek to make them last as long as possible.

This principle was also taken up by Bernard Leupen in his book Time-Based Architecture, with three categories of changeability: the alterable, the extendable and the polyvalent. He simplified the principle of flexibility to a layered series of frames. The frameworks that endure are the frameworks for future changes.

While we can never fully know the future, we will always try to arrive at a reasonable anticipation of how what we do now will affect the future and what is likely to have the greatest influence.

We also have a responsibility to the future to do our best to at least create the best opportunities for our descendants to make their lives what they wish them to be, without undue hindrance from what we do now.

The duty to allow our successors to manage most effectively their consumption of energy is part of this responsibility. This is not necessarily the way matters such as function or structure are normally presented to designers but it is the business of all designers to care about the future.

Robert Adam is a director of ADAM Architecture. His new book Time for Architecture will be published later this year. 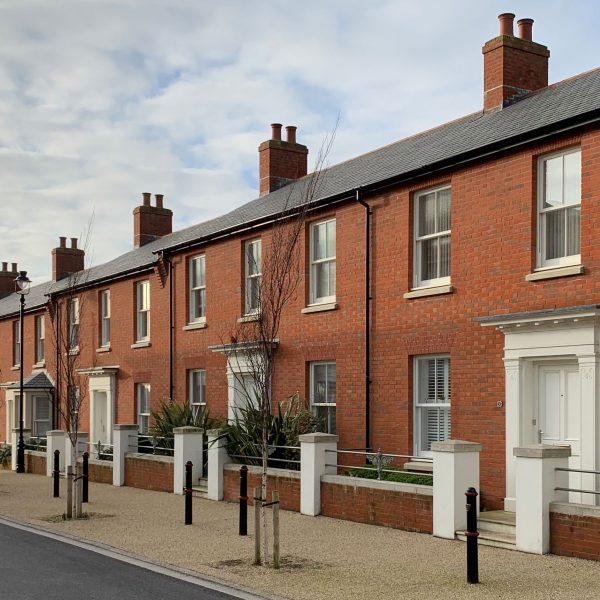