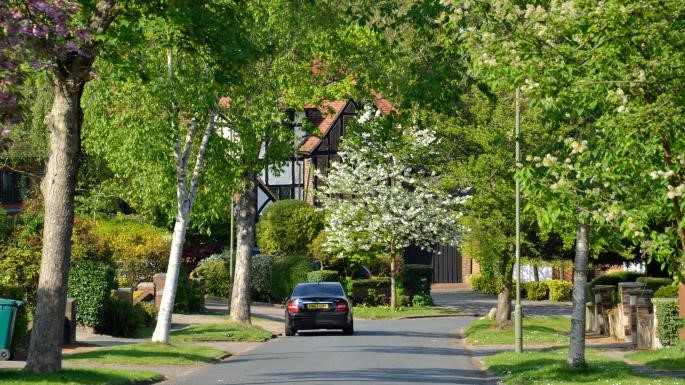 Councils are letting housebuilders shirk their duty to plant trees, sparking demands for planning rules to be changed

A leafy road in Totteridge, north London. But developments that include trees often get tangled in local authority rules

It is the dream to which so many families aspire: a home on a tree-lined avenue in the idyllic suburbia of Metro-land.

But councils are letting property developers dodge their responsibilities to plant trees in a move described by one of Prince Charles’s favourite architects as “death by a thousand cuts”.

In the wake of the tree-felling scandal that has denuded the streets of Sheffield, Newcastle upon Tyne and Edinburgh of thousands of trees, new housing developments with no trees are being given the green light.

In the Northamptonshire market town of Wellingborough, Waterside Road, a new street of 110 houses and 24 flats, was supposed to be lined with Pyrus calleryana, or ornamental pear trees.

However, the housebuilder, Kier, said this was no longer possible because underground cables and trenches had been dug in front of the houses, according to Amy Burbidge, design manager for the North Northamptonshire Joint Planning and Delivery Unit.

Although she condemned it as “greenwashing,” she said Wellingborough borough council could do nothing about it because the residents had already moved in. Kier said in a statement that it had planted shrubs instead “due to the need for vital infrastructure”.

It did not respond when asked why it had failed to anticipate that the cabling would pose a problem. It also referred to only six trees, whereas the plans showed more than 30.

Robert Adam, founder of ADAM Architecture, which has worked at Poundbury, the Prince of Wales’s model village in Dorset, said hopes of creating beautiful places were suffering a “death by a thousand cuts”.

He highlighted the malign combination of conflicting demands from insurers, highway authorities and planners. Trees must be spaced so they do not obscure street lights and have to be at least a metre back from the road.

While the wholesale cost of an 18ft semi-mature tree is only £200, according to Keith Sacre of Barcham Trees, which supplies 31 London boroughs, it can cost between £7,000 and £10,000 to plant if the ground is difficult to prepare. Tree pits are dug to prevent roots from interfering with cabling, and have to be reinforced if traffic passes above.

ACD Environmental, a firm of consultants, said clients did not understand the cost of “greening” cities.

It said in a blog: “Put simply, many are missing a zero off the budget figure. A client was recently shocked to find that they had to budget £500,000 for a scheme with 85 trees.” It declined to name the location for the scheme, where trees cost an average of almost £6,000 each.

Buyers of new-build homes are having to move into streets that bear little resemblance to the pictures in the planning application.

Developers are also trying to water down plans by Wycombe council in the Chilterns to require them to plant enough trees so their canopies cover at least 25% of the land on any new estate.

Sue James, of the Trees and Design Action Group, urged the government to rewrite planning rules so developers have to consider planting at the beginning rather than the end of the process. If the country is once again to create beautiful streets, she added, it must take them out of the hands of highway engineers. “We all love trees [but] we fund highways, we regulate for highways, so we get highways.” 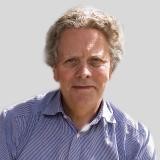 When you design a new housing development, you want to make it as nice as possible for the people who will live there. This should include streets where everyone can look out of their front windows and see some trees.

You would think this would be simple and obvious, particularly as there is lots of evidence that trees make people feel happier and healthier. Tree-lined avenues are one of our great urban and suburban traditions.

There are also so many officials and departments that want their slice of the action. There are highways engineers, rubbish collectors, electricity providers, gas providers, drainage engineers, tree officers, flood engineers, people for bats and newts and so on.

Of course, they are all doing something important but, often as not, they are concerned only with their bit, not whether the project will be a nice place to live. It ends up in pages and pages of reports — and any design vision can go out the window. It can take more than three years before anyone even cuts a turf.

This doesn’t do much for our housing crisis. There are good people in this system but there is terrible co-ordination and wasted time.

As everyone involved in a project becomes exasperated, the result is often not a good place to live. The process urgently needs an efficiency review that will save money and give us more homes, more quickly. And we might get more trees in the streets.

Robert Adam is the founder of ADAM Architecture, whose projects include Prince Charles’s model village, Poundbury 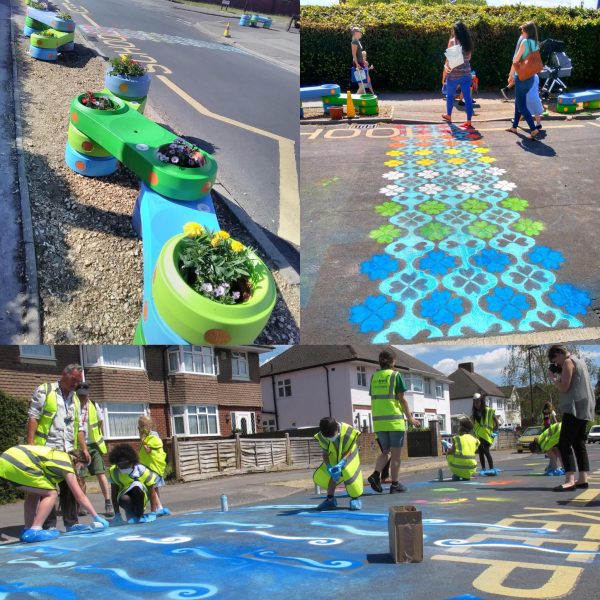